After six months of fighting for Young Thug’s freedom in the YSL RICO case, this latest development may be a significant step toward bringing him home. 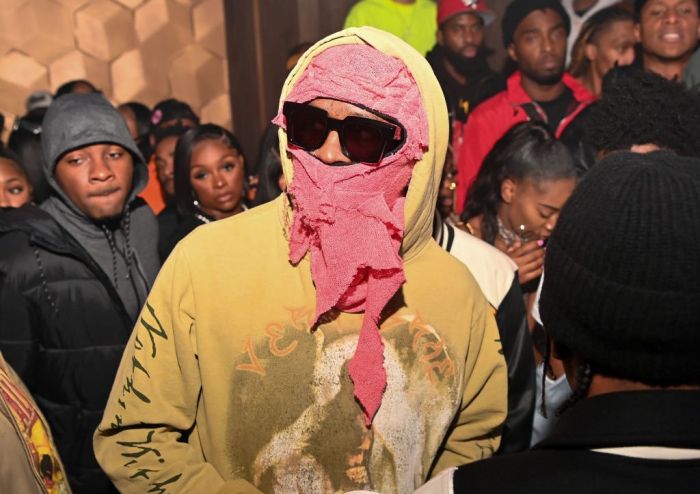 In May, Young Thug, Gunna, and 26 other associates of the YSL label were named in a 56-count RICO indictment. He has been in Cobb County jail since his arrest for racketeering and gang-related activity charges. AllHipHop reports Young Thug’s attorneys filed to dismiss evidence connecting him to the most serious allegations against him: murder.

The Atlanta rapper’s attorneys asked the court to dismiss evidence connecting him to the murder of a rival gang member. Authorities accuse Young Thug of renting a car used in the 2015 killing of Donovan Thomas. The legal team claims the prosecution “unlawfully” abused its power to secure a subpoena for car rental information.

“The District Attorney’s Office unlawfully abused the power of the Grand Jury in Fulton County when it issued a subpoena to Hertz Rent-A-Car requesting, among other things, a list of vehicles that Mr. Jeffery Williams rented on or about January, 2015, including, but not limited to January 5, 2015 to January 15, 2015,” the motion stated.

“This illegally issued Grand Jury subpoena was answered in or around April 2016 with information/documentation that led law enforcement to believe that Mr. Williams rented a gray Infiniti Q-50 from Hertz Rent-A-Car on or about January 7, 2015, returned said car on January 11, 2015 and provided a phone number on the rental car documentation that Mr. Williams supposedly used at the time of renting said vehicle.”

There are no allegations that Young Thug pulled the trigger or was even present at the scene. However, under the RICO (Racketeer Influenced and Corrupt Organizations) Act, it’s possible to be guilty by association literally. With such a low burden of proof, throwing out unlawful evidence may be Young Thug’s best chance at a legal victory.

“Based upon information and belief, at the time of the issuance of this Grand Jury subpoena to Hertz Rent-A-Car, there was no pending Indictment before a Grand Jury on this matter and thus, this ‘subpoena’ was unlawfully issued by the District Attorney’s Office of Fulton County,” the lawyers claimed.

“Hence, any and all evidence as well as derivative evidence must be suppressed as Courts cannot tolerate abuse of the Grand Jury’s power as performed by the Fulton County District Attorney’s Office in this case,” they continued.

Additionally, the prosecution claims Young Thug was part of a conspiracy to murder YNF Lucci. He faces seven more felonies from the police raid of his home. Authorities charged him with possessing firearms and possessing drugs with intent to distribute.

According to Yung Thug’s attorneys, this isn’t the first instance of the prosecution cutting corners or violating his rights. His legal team also challenged the search and seizure of his phone. They requested the court suppress this evidence “obtained unlawfully under the Fourth and Fourteenth Amendments to the United States Constitution.”

“The state seeks to insinuate criminal conduct from quotations from song lyrics and social media posts. To weaponize these words by charging overt acts to support a supposed conspiracy is unconscionable and unconstitutional,” Steel previously said.

Immediately after Young Thug’s arrest in May, Steel filed for emergency release for “inhumane” jail conditions. He claimed the 31-year-old was a “forgotten person in the world” in a windowless cement room for solitary confinement. The court denied Young Thug’s release on bond three times because it considered him a danger to the community.