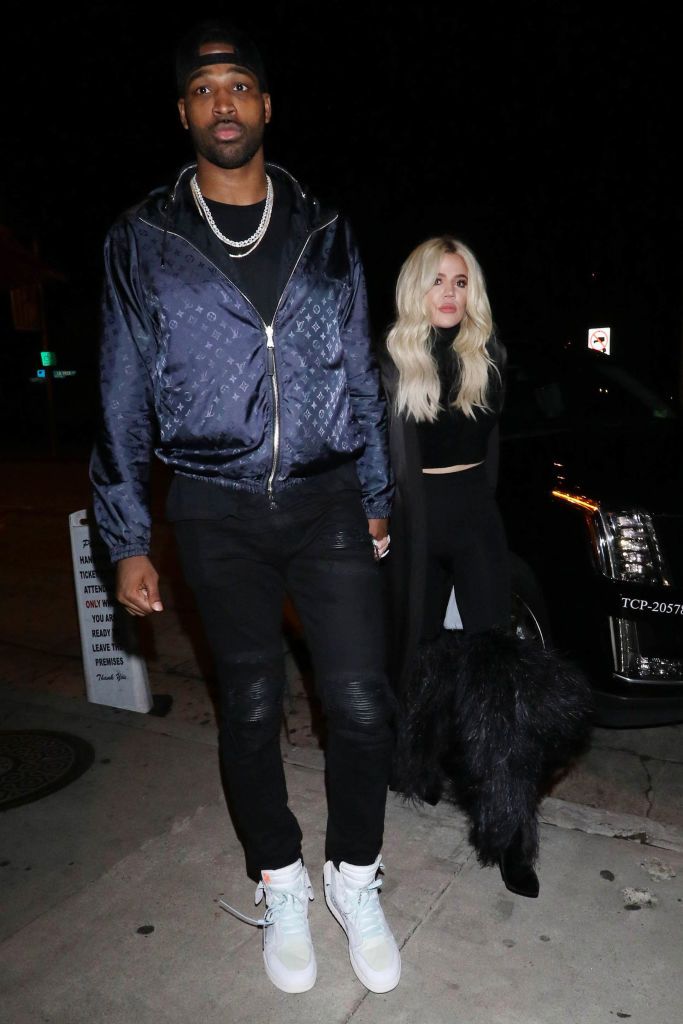 The reason we ask is that there is a new No Jumper podcast interview circulating with a group of young self-proclaimed “bad bi***es” who offer up numerous “Ho Tales,” during the one hour and forty five minute interview with Adam 22. For the most part it’s kind of annoying drunken blather, but at the 1:41:00 mark as Adam is trying to bring the interview to a close, Hayden pops in to ask Sidney, “How was Tristan Thompson’s d**k?”

Mind you this is the absolute end of the interview and Sidney looks as if she would love to completely disappear underneath the brim of her pink bedazzled trucker hat than broach the subject BUT she opts instead to answer, saying, “It was a peek-a-boo d**k but baby it was good.”

Sidney ultimately admits to hanging out with Thompson on multiple occasions, adding that she didn’t agree to talking to him before asking whether he was single, which he claimed he was. She said they did have sex but said she ended things with the Celtics baller after learning he wasn’t actually single.

So is anyone actually surprised to learn of these allegations? We doubt Khloe Kardashian will be. Since meeting Thompson in August of 2016, the youngest of the Kardashian sisters has faced scandal after scandal over the Canadian athlete — the first of which was the fact that his ex-girlfriend Jordan Craig was pregnant with their son Prince when he began dating Khloe. The next happened when photos and video footage of Thompson emerged just days before Khloe gave birth to their daughter True. Despite the public outrage over Tristan’s disrespect, Khloe still allowed him in the delivery room and to pretty much no one’s surprise, the couple reconciled later that year. Despite getting back together, Thompson continued to be the subject of cheating rumors — the worst of which involved Kylie Jenner’s best friend Jordyn Woods. A family friend of Will and Jada Pinkett-Smith, Woods later appeared on “Red Table Talk” to defend herself over the rumors, denying that anything sexual happened between her and Thompson but regretful that Tristan had kissed her. Khloé has since publicly forgiven both Thompson and Woods, but the internet continues to drag her for her treatment of Woods.

These new allegations certainly help put into perspective why Khloé isn’t so quick to claim a romantic relationship with her baby daddy BUT do you think she’ll give him an earful over the claims behind closed doors?