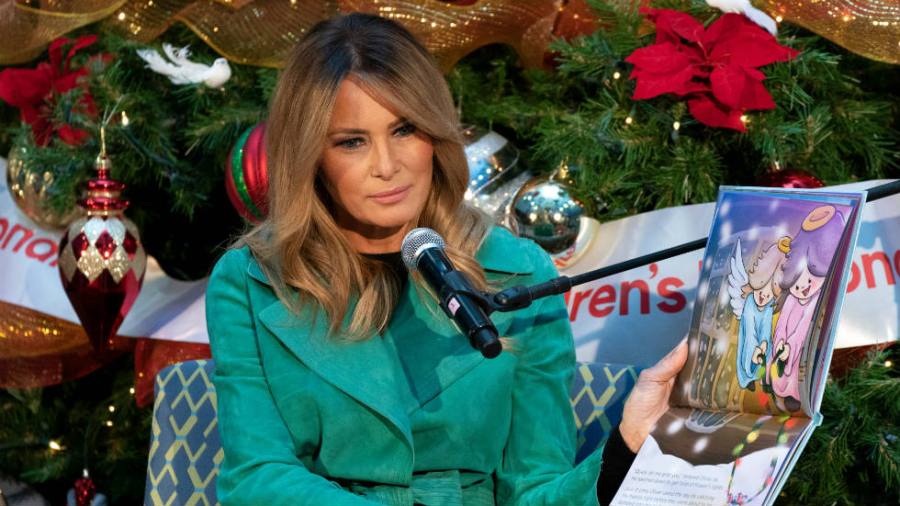 Melania Trump is getting in the holiday spirit by hawking Christmas ornaments and nonfungible tokens (NFTs) she designed.

The limited edition, beveled brass decorations and corresponding animated NFTs were designed by Trump herself and include her signature, according to a promotional site.

“My creative inspiration for the upcoming holiday season is hope, and naturally, the Star embodies this spirit,” Trump said in a statement on her personal website’s sales page.

“My hope is for families across the world to use The Christmas Star ornament to inspire their loved ones with positive purpose, aspirations, and values as we enter the new year,” Trump said, urging buyers to “remember to aim high to reach your full potential.”

In 2021, she announced an auction for an NFT of “breathtaking watercolor art” with a painting depicting her eyes, along with an audio message. Earlier this year, she auctioned off a white hat and digital and watercolor paintings of herself, with a starting bid of $250,000.

The 45th president has also been known to cash in on Christmas. In 2016, the then-president-elect’s campaign made headlines after it released $149 “Make America Great Again” ornaments. The mini hat ornaments, finished in 14 karat gold and featuring the ex-commander in chief’s 2016 campaign slogan, commemorated “Trump’s commitment to the Christmas spirit,” an ad said.