SK Alagbada broke his silence last week and confirmed that he and Raven Ross from Love Is Blind are over. He is now addressing the shocking cheating allegations against him, calling them “falsely misrepresented.” 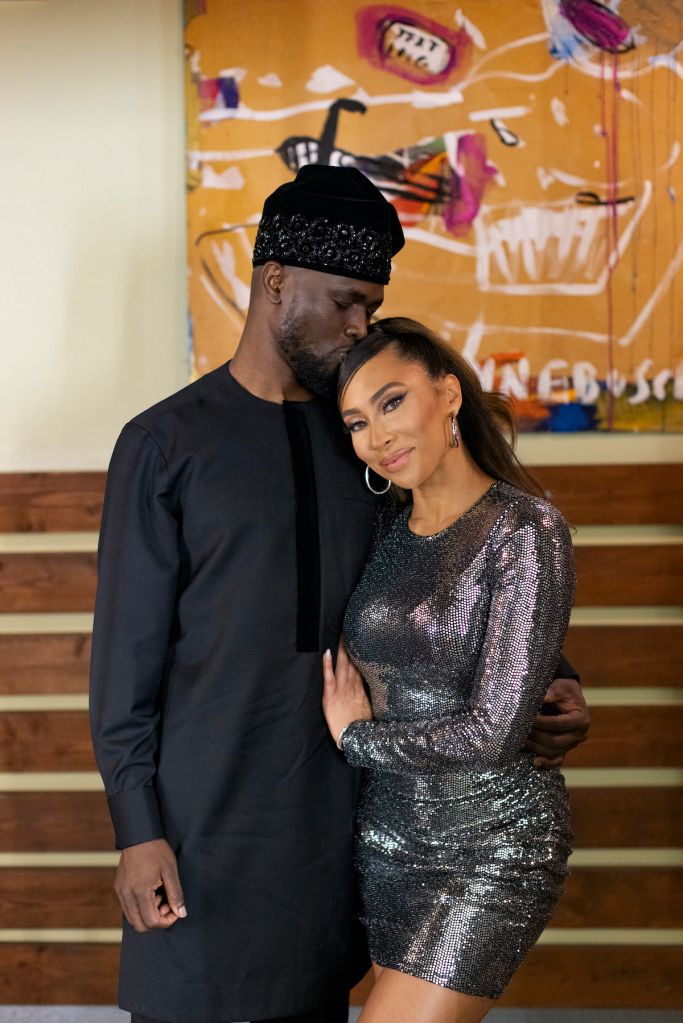 SK took to Instagram Friday morning to give the back story on his and Raven’s journey after the show ended. He went on to say that the cheating allegations had been “falsely misrepresented” and that they are actively pursuing legal actions.

He then apologized to Raven, their families, and everyone involved and ended the statement by wishing everyone a Happy Thanksgiving.

“Dear LIB Family, Raven and I left the Love is Blind alter as single individuals who went back to dating other people. While our journey back together hasn’t been straightforward, the unique emotional connection we developed from this experiment kept us together as friends, and helped rekindle our relationship after the fact. The allegations have been falsely misrepresented with malicious intent to extort , and we are actively pursuing legal actions against the accuser. I am deeply sorry for the pain this has caused Raven, my family and everyone involved. Raven and I will continue to support each other and wish nothing but love. Happy Thanksgiving.”

At this current moment, we aren’t sure what “ongoing legal proceedings” SK is referring to.

The Love Is Blind star’s statement came a week after two women on TikTok (posts have now been removed) claimed they had been romantically involved with SK during his time with Raven. Raven initially shot the cheating rumors down and said she was sticking by her man’s side.

“I don’t have anything to say about it,” the reality star said in a video that she quickly posted and deleted. “To summarize, rumors are rumors. And we’re fine. We’re good. That’s my man and I’m sticking beside him,” she added.

However, she later posted a joint statement with SK following the allegations.

“We are saddened to announce that we have decided to go our separate ways,” read the post.

Raven is moving forward with her life and updated her IG family with one of the ways she’s coping.

“With everything going on I haven’t been on top of my YT workouts like I should be,” Raven admitted, reposting a photo of herself in workout gear. “But today I got it done and I felt so much better. Movement is truly medicine.”

On Monday, Raven also reposted a quote to her Instagram Stories, which read, “Sometimes we need to thank God for what didn’t happen.”

When the ladies from Love Is Blind sat down with Entertainment Tonight, Nancy Rodriguez who dated Bartise on the show exclaimed that “love is also blindsided too,” and we couldn’t agree more.

Maybe there’s more to why SK said “I do not” at the altar. Could it have been because of these other women who are now speaking out? Perhaps he went on the show specifically for fame and fortune?

What are your thoughts? Let us know below!

Season 3 of Love Is Blind and the reunion special are currently streaming on Netflix.