The gag is—we have a winner!

After an intense competition of clues, tears, and “truth or dare” the big sister of KeKe Palmer took home to the top on ABC’s Claim To Fame. 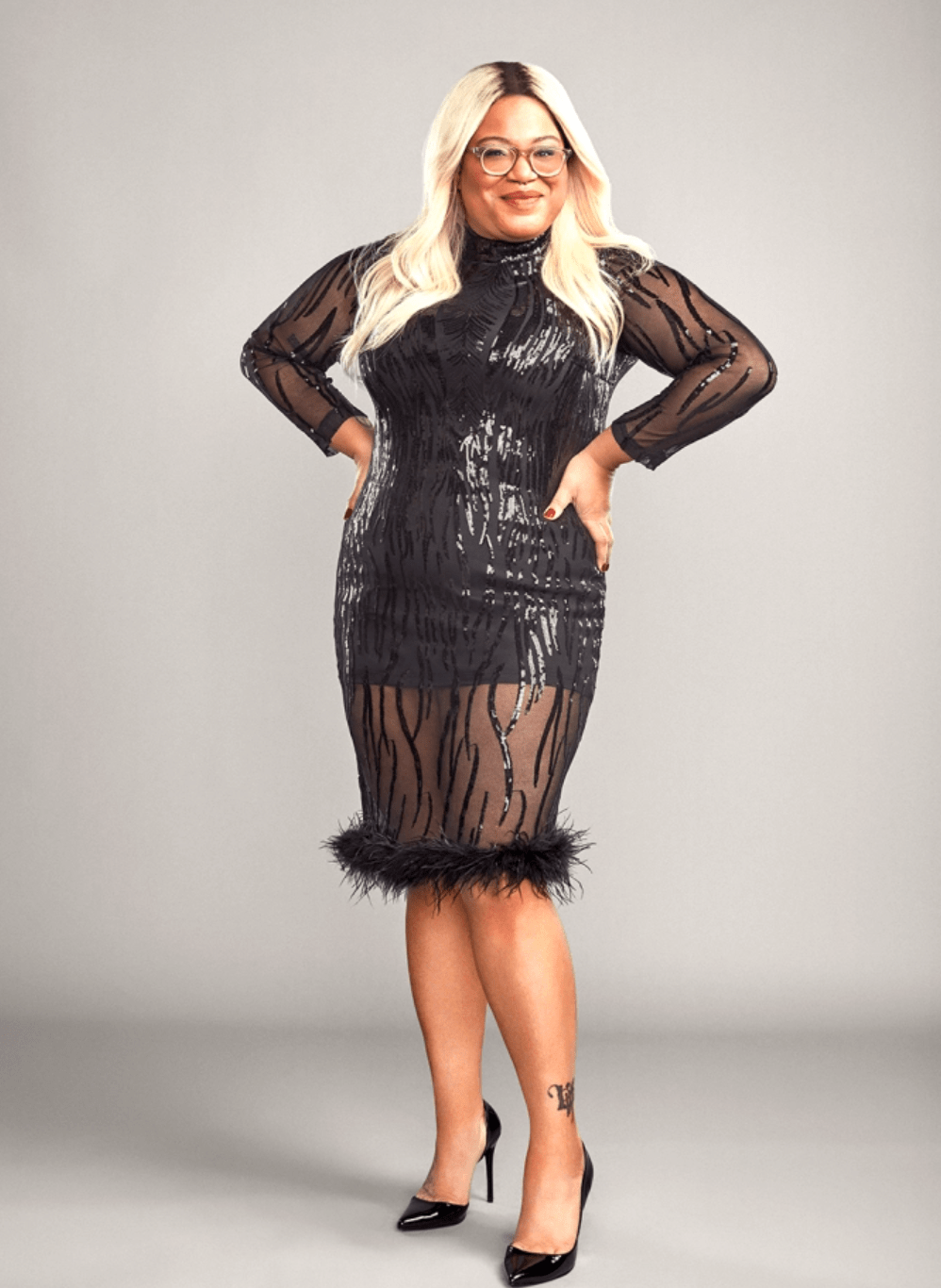 Loreal Palmer who went by “L.C.” on the show managed to baffle and boggle the minds of her fellow celebrity relatives and on Monday, she took home the $100,000 prize. During the finale, Loreal faced off with Logan and after correctly guessing that Logan is country singer Jason Aldean’s cousin, she secured her win.

Her win didn’t come easy, however, at one point she had to “dare” to gobble up insects to keep her secret safe, and another time she cried after Lark, the niece of supermodel Cindy Crawford, said she felt betrayed by her gameplaying actions.

Despite the struggles she faced L.C. was victorious and fans are rejoicing over her big win.

Below the Claim To Fame champ dishes on her rise to the top spot.

Congrats on your big win! How does it feel to be the winner and what does your sis KeKe Palmer think about it?

It honestly hasn’t hit me yet. I don’t know when it will, I’ve been waiting haha!

Your Claim To Fame strategy of pretending that your celeb relative was a man clearly worked, who else do you think played the game well?

That was the strategy that was handed to me! When I told the lie initially, I was thinking I needed to change the gender to throw people off. Then I heard people say Laurence Fishburne and I was like, “Great! Go with that!” I think Logan had a similar strategy with saying his relative was older, because country music is just filled with legends. His relative could’ve been anybody!

Tell us about your decision to make Logan the guesser instead of Louise [Adria], do you regret making that move?

I absolutely do not regret that. Louise had expressed on many occasions how much she loved Keke. She probably made me the most nervous. At any given moment, she could’ve made the connection. It was safer for me to eliminate her. Plus, I had been working with Logan since episode 3 or 4. We had an alliance, and both of us honored that.

After that moment things got tense in the house, especially between you and Lark. You got emotional and said you were “falling apart.” What was going through your head?

I was genuinely falling apart haha! I’m a recovering people pleaser (haha), and I genuinely loved everyone in that house. It was such a great cast, and the longer we lived together in that house, the closer we became. I know it’s a game, but in the moment it feels real. It became difficult to separate gameplay and emotions, so anytime I had to make a gameplay decision, I would struggle emotionally because I knew my decisions would effect one of these amazing people negatively. The struggle was too real!

Who do you think was hottest on your trail going into the finale? Who did you think was most stumped about your celebrity relative?

I think I was relatively safe until the final challenge. That game required putting it all out there, and I knew Pepper had nothing to lose at that point. She knew we had her figured out. So if I wanted to win, I had to go all in and collect those points. The winner of that challenge was going to decide the fate of everyone. I had to win that game.

What did you think about the previous contestants coming back —who were you most excited to see?

I thought it was so shady bringing them back HAHA! I was most excited to see Brittany, because I needed her help with Logan. I figured after Truth or Dare that he was related to Jason Aldean, but I wanted her confirmation since she had mentioned knowing who he was before she left, but that she wouldn’t say anything. That ended up being a bust, because she didn’t give me anything, but I know that she knew haha! Other than that, I was really excited to see X! I hated him leaving. He is such a great person, and I wish that I had gotten more time with him!

The truth or dare game clearly put everything on the table—and you literally ate bugs to make sure that you won, break down your strategy with truth or dare heading into the finale.

Okay, so the winner of Truth or Dare was going to choose the guessers. The guesser at this point in the game is the most powerful player. I knew that no matter what, I needed to be the guesser, even if it meant spilling my guts. It didn’t matter if they figured me out at that point, because I was going to make myself the guesser. As long as I knew them, I would be fine. I knew who Pepper was. I was still unsure of Logan, so my goal was to pay close attention to his clues, and figure them out, but he kept doing dares! The one slip up he had though, was he chose to tell the truth about his relatives government name. When he said Jason Williams, I remembered hearing Jason Aldean mentioned in the house. Jason Aldean is from Georgia, Logan is from Georgia. It HAD to be him.

How excited were you to see Jason Aldean’s face pop up when you correctly guessed Logan’s celebrity relative?

I couldn’t believe it. When his face popped up, time froze, and everything else that night was a blur. I was like, “wait, did I just win? Is this real life?” I genuinely was in shock. I think I cried that night when I finally prayed in bed. All I wanted to do was call my kids and tell them mommy was coming home… and that we were going to Disneyworld! Hahaha kidding!

What’s next for you now that you’re our Claim To Fame champ?

Well, I definitely think I would do reality again, if it were the right show. However, my main goal is to work behind the scenes. I’ve always wanted to start my own production company, and make horror movies, so that’s my plan. I’m a huge fan of Wes Craven, and I want to create my own Nightmare on Elm Street. Stay tuned…