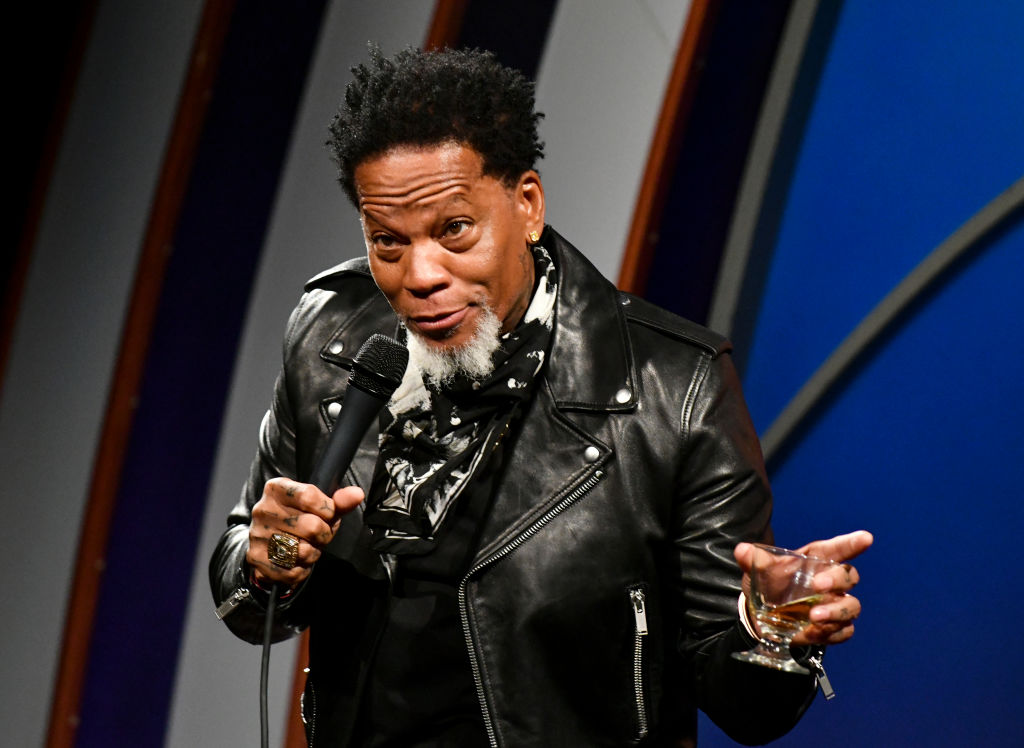 Well, we know who will be front-and-center weeping and carrying on whenever Donald Trump kicks the bucket…

The camera crew at TMZ caught up with cheek-turning comedian D.L. Hughley yesterday after the news had broken that monarch Queen Elizabeth II had taken almost a century’s worth of sins to the afterlife. The British empire is responsible for some of the worst crimes against humanity, specifically against Black folks in Africa, and that kind of behavior won’t get you much empathy when you die. These days, whenever a polarizing public figure passes away there are usually two reactions, those who somehow find sorrow and sadness, feigned or otherwise, and those who break out their best dancing shoes and Tootsie Slide on said person’s grave.

Hughley plays for the former team.

When asked about those who are dropping post-mortem bombs of criticism against her majesty, Mr. Bleeding Heart hopped on his grandstand-y soapbox and essentially called them soulless ghouls who lack respect and humanity. Hear it for yourself in the video below.

The idea of “don’t speak ill of the dead” always seems like a gaslighting guilt trip to get people to act like the dead person is no longer a piece of s#!t just because they are dead. Au contraire, mon cherie. Life status doesn’t and never has determined the value of a person. Their actions, however, do. If you don’t want people Milly Rockin’ on your tombstone, then it’s best to live a life that is about helping people and showing love than to spend precious time lording over them with violence and subjugation.

Seems like the queen chose her path, these are the results. It is what it is. What say you? Do you agree with D.L. or nah?